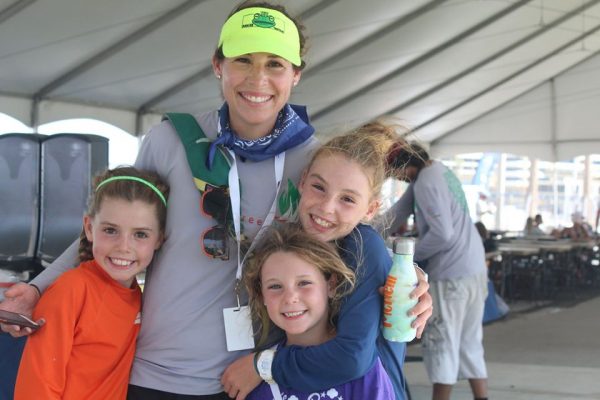 Passionate, bubbly, levelheaded, hardworking, determined are all terms you would associate with Emily Veazey, the new Executive Director of the Texas Surf Museum and owner of the cutest little ice cream shack in downtown, Scoop Shack. The Texas native has been full steam in her five and a half years in Downtown Corpus Christi, making a tremendous impact wherever she goes.

But let’s start from the beginning.

Emily’s parents met when her father, a navy pilot, was stationed in Beeville in the 70s. She was born in Houston and moved every three years or so to places like Puerto Rico, Hawaii, San Antonio, and London. Her family settled in San Antonio where she spent all four years of high school, then moving on to the University of Texas in Austin.

As she says, “I got my degree in Corporate Communications. So basically, I was trained for nothing specific,” which then gave her the freedom to find what worked for her.

I’ll have to tell you, one of my favorite things about Veazey is her ease in telling her story and the cadence of her laughter when she reflects on the seemingly absurd turn of events that led her to Corpus Christi.

Take out your corkboard and red thread, now, as I lead you through how she made her way from Austin to Washington D.C. to Atlanta, and finally to Corpus Christi.

While Emily was still attending UT, she interned on then Governor George W. Bush’s first presidential campaign. After graduating, she moved to D.C. and eventually ended up with a job in the visitor’s office doing White House tours, events on the south lawn and state arrival ceremonies. From there, she worked on President Bush’s re-election campaign and then took a job in the protocol office at the Pentagon. I know what you’re thinking, “wow.”

Veazey says, “that is how I’ve spent my career: making things happen and not being seen.” It is certainly what was required in her former positions.

Eventually, she and her husband, whom she met while working in our nation’s capital, moved to Atlanta, Georgia. It was here that she decided to open up her own event planning company. To some, this doesn’t seem like a natural progression, but to Emily, she’d been planning logistics and events her whole career.

“It’s not just events, it’s more logistics. The nuts and bolts. Logistics and coordination seemed to be a better fit than ‘event planner’.”

There was a quick, or not-so-quick, pause while she and her husband expanded their family with three beautiful girls. At the time, it was quite a full-time job to be the mother of three girls three and under. Currently, Emily’s kids are twelve, nine and eight.

It wasn’t until her family moved to Corpus Christi that she decided to return to work full-time.

I asked her about her decision to move to Corpus instead of to a more familiar place like San Antonio.

“We visited once and loved it,” said Emily. Simple enough.

Her first gig in Corpus Christi was working for the Chamber of Commerce and the Downtown Management District simultaneously. Doing what she calls a “pinch hit stint”.

“I really think we are in a good place here and that we’re going places. That’s why I was interested in working at the DMD,” remarked Veazey while reflecting on her time with our organization.

After her 3 month stint with the organizations, she began focusing more on individual event clients such as the Texas State Aquarium and the Texas Surf Museum. See, I told you we would find our way back.

In fact, the DMD brought Emily on to assist with Peppermint Lane, ArtWalk on Peppermint Lane and the Texas Downtown Association Conference in 2018. It was all of this continued work in downtown over the years that led her and her husband to open Scoop Shack.

“We have a heart for downtown,” commented the 40-year old, “that’s a statement.”

The couple wanted to explore the downtown revitalization effort and initially had loftier ideas for their foray into the retail/downtown retail world. Scoop Shack was their version of dipping their toe in the water of an unfamiliar business sector. They wanted to know what running their own business would be like and it was an added bonus that it would be in Downtown Corpus Christi and in Water Street Market.

Emily made her way into the role of Executive Director of the Texas Surf Museum after spearheading the past two Surftoberfest events. It’s quickly becoming the highlight of her career by becoming a place and organization where she can affect long term change.

“I come alongside organizations and help them then walk away,” stated Emily, “One thing I am missing in the career world is to affect long term change.”

Being an event planner means you come in, do events, and then move on to the next one. She is excited to cultivate the vast potential of the Surf Museum into something that can make it relevant to surfers and non-surfers alike. Her main goal to connect people who have an interest with something the museum loves; surf, boards, and conservation.

It’s safe to say Emily has vast experience when it comes to figuring out what works best for you and where to go from there.

“Any endeavor, job or gig is probably going to be about 500 times harder than you think it’s going to be. If you ever get too scared to try something new, what’s the point? Growing and learning is what makes life cool.”

If you’re ever looking for some solid career or life advice, this downtown bike-loving, mother of children and chickens (Marjorie, McNeill, Gray and Sarah, Chicken Tender and Blanca, respectively) is a never-ending source. You can catch her riding her bike around downtown, serving up some tasty treats at Scoop Shack or bustling around the Texas Surf Museum.

Wherever you manage to catch her, it’s almost guaranteed she’s about to do something incredible. 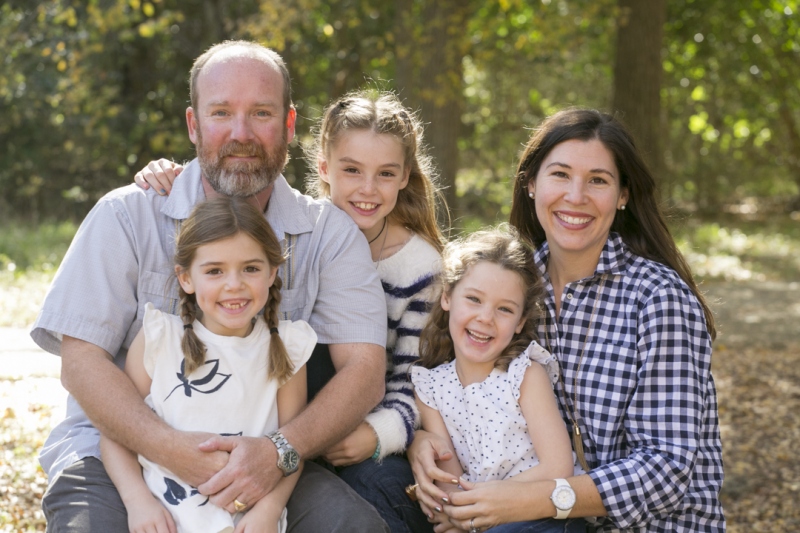 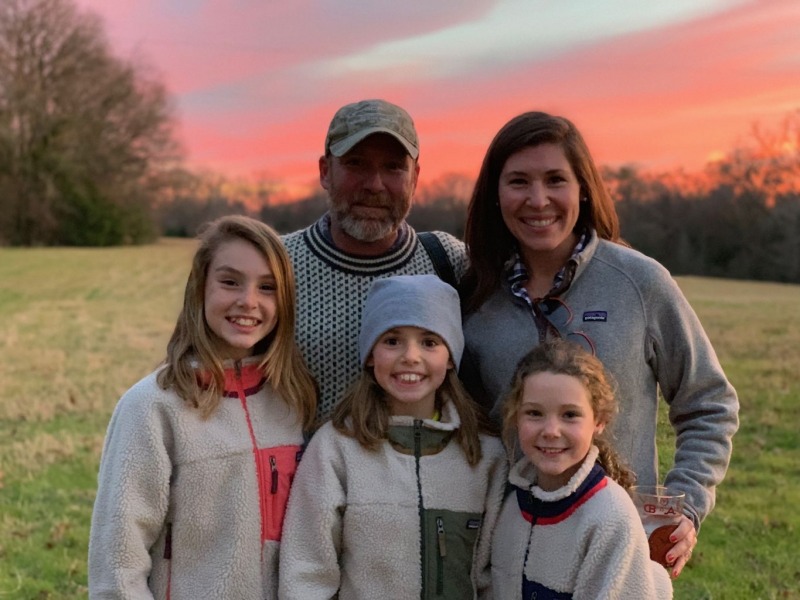 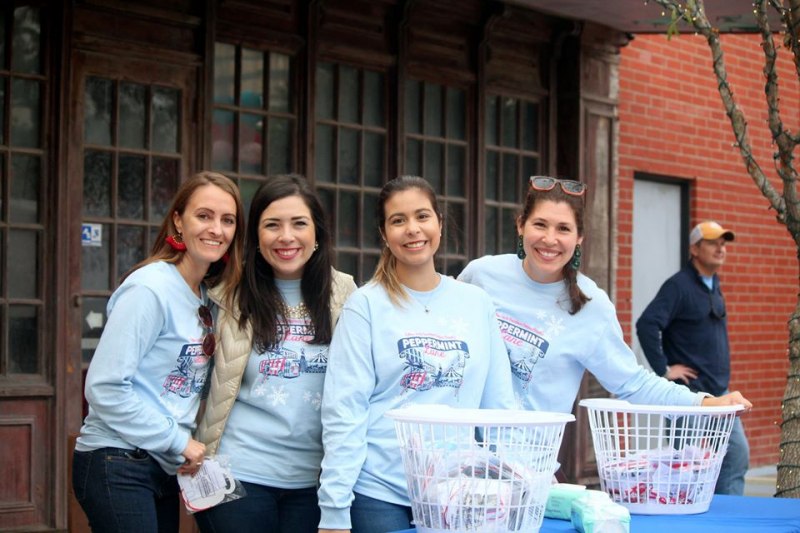 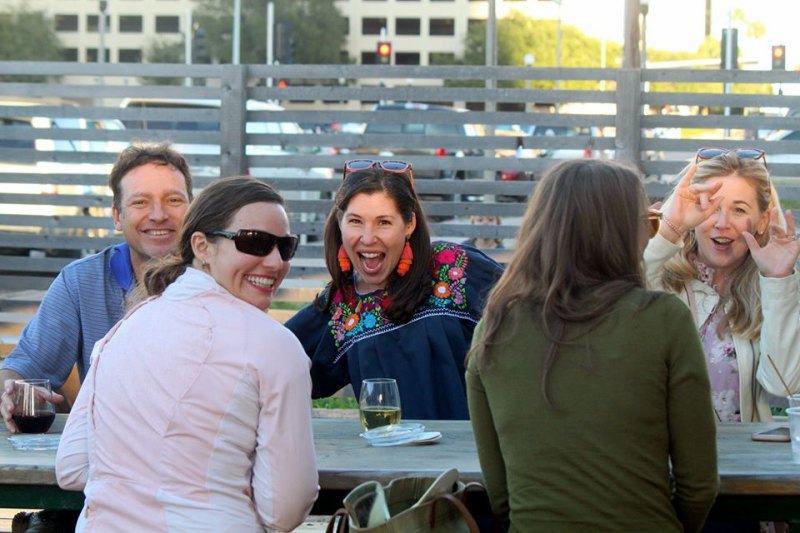 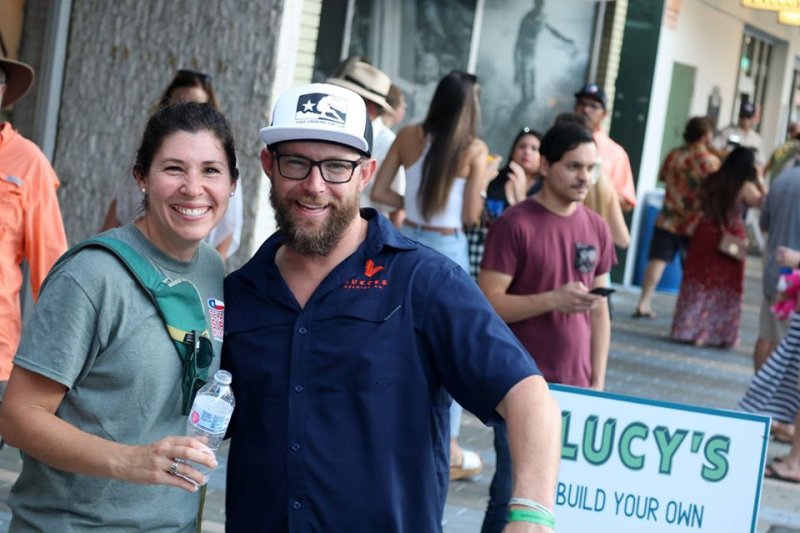