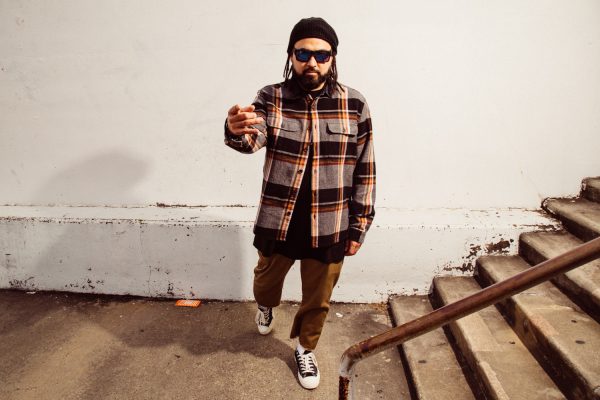 Walking into Lucy’s Snackbar in Downtown Corpus Christi, the quiet unassuming man sitting at the far end of the booth isn’t someone you would assume is also nicknamed “Cumbia King” and the “unofficial captain of the Corpus Christi music Scene”. Yet, here he is. Horacio “El Dusty” Oliveira, the man who is almost single-handedly fostering what he calls the “pocket of untapped talent” in Corpus Christi.

I say almost single-handedly because it would be hard to mention him but not mention his more feminine half and lovely wife, Cecy Trevino de Oliveira. Cecy recently received the “Rising Star” honor and this year’s HER event for the Bend Magazine.

Dusty, as he is referred to by those who know him, says Cecy constantly inspires him through her work with Chicas Rock. This comes as no surprise since creating and cultivating the artist scene in Corpus Christi is one of his top priorities. All you need to do is ask his vision for Downtown Corpus Christi and he lights up.

Most assume that because of his incredible success as a musician throughout his career (please refer to his 2016 Latin Grammy nomination) his focus is on music, but as a man of many talents, he has some broad visions as well.

“I just want to rehab cool buildings, weird spaces,” he says beaming about his vision for his properties in downtown, “make something that people want to go to and be around.”

We can expect these spaces to be akin to Wynwood in Miami, the likes of downtown Tucson, and even his Produce space on Peoples Street. His mixed-use art and music center is an environment where artists of all kinds can go to collaborate and work on their craft. He says he’s increasingly inspired by the energy and vision of K Space Art Studios; a space where like-minded people can go to tap into their creative intuitions and feed off the energy of others.

Once you begin talking to Dusty, it’s clear that even though he was born and raised in Calallen, he was meant for city life. He even claims that while growing up he was a little “anti-country” and craved to be in the center of the hustle and bustle.

While he always knew he wanted to be a DJ (he got his first turntables at 12), he went to school at TAMUCC and studied graphic design and marketing. Hence calling him a man of many talents. Producer, designer, DJ, musician, and mentor are just some of the hats worn by the 39-year-old.

Never one to step into the spotlight or do things for the credit, Dusty says, “I just want to do cool stuff,” and with such a humble attitude, it’s easy to believe him.

“Whether it’s investing time, money, labor or logos, I just want to do whatever it takes to create cool new spaces.” Yes, please.

Some would believe that being a wildly successful musician could lead to some interesting purchases, but Dusty is all about using his profits to invest in his vision of Downtown Corpus Christi.

Cool retail shops, tacos places, art spaces, bars and whatever else he creates to keep the forward-thinking momentum going against the odds are what he believes is needed. Some have asked why he’s never moved to a city with a larger music scene, a place more open to the changes he’s proposing. His answer?

“I always wanted to stay in Corpus and pursue music. My family is here. My roots are here.”

Soon, because of the secret comic book lover’s passion for fostering those who would have otherwise flown under the radar in larger cities, it won’t be unique to hear of world-class artists coming out of Corpus Christi.

After speaking with El Dusty, it’s clear that the creative culture in downtown is far from slowing down and as someone who has been in the industry for over two decades, I decided to ask him for some advice.

“Don’t get married to the music. Don’t marry the song, just get it out,” relays Oliveira.

It’s what he’s doing now. He’s not wasting time waiting for others to create the change he wants to see; he’s doing it himself. 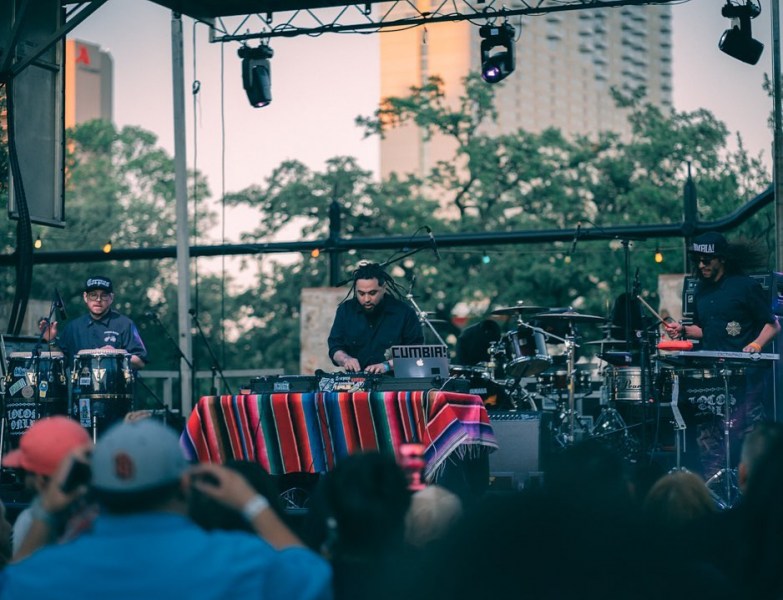 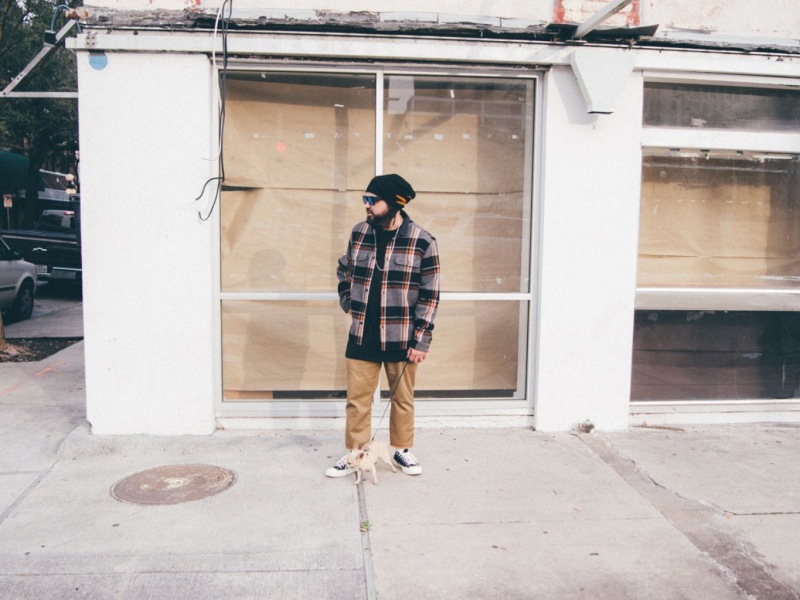 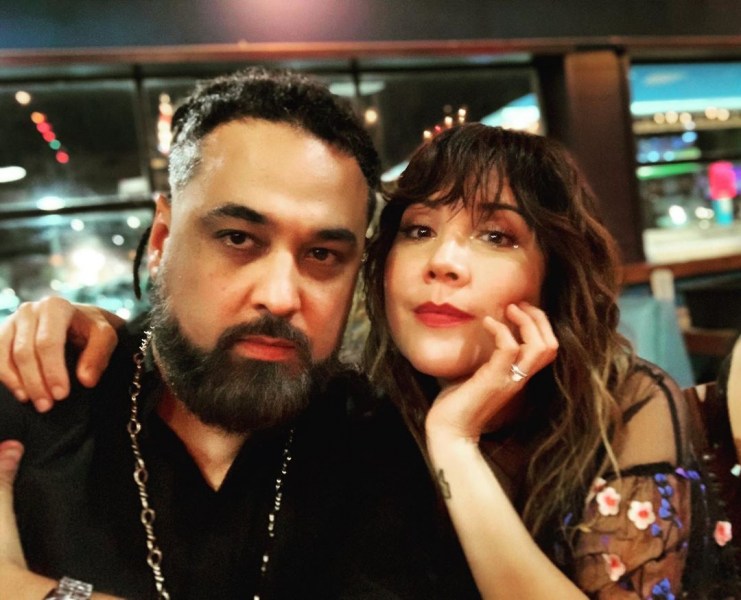 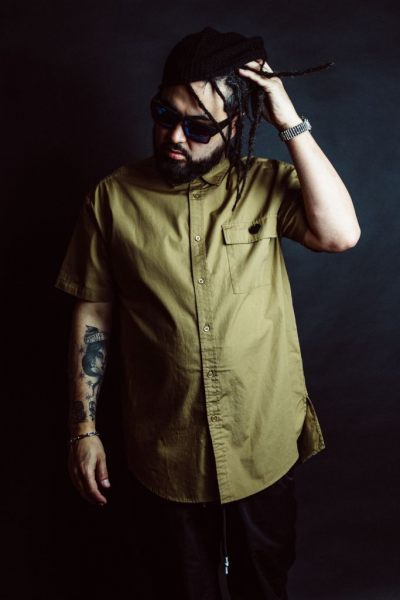 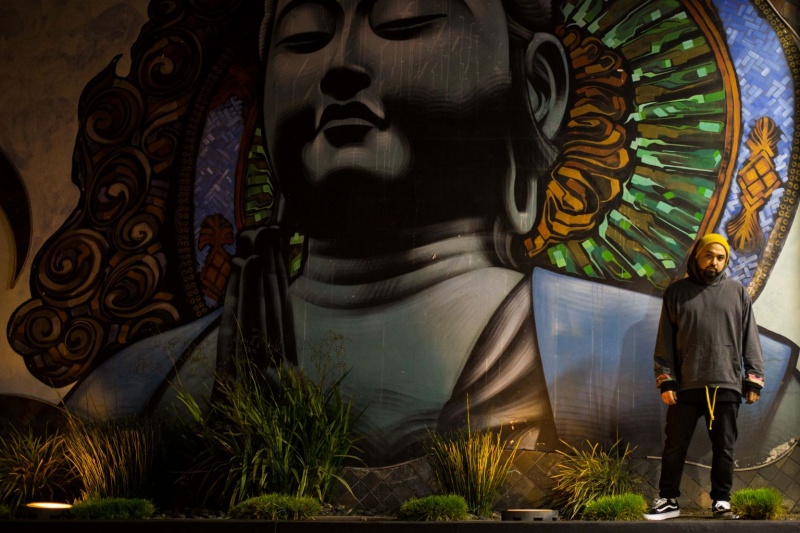